The last three months of my dietetic internship I spent working with lactation consultants and WIC dietitians to promote breastfeeding. I learned so much about the mechanics of breastfeeding that I felt extremely prepared to embark on my own journey when Little Bit was born. As with other aspects of my training and kids, becoming a mother made me realize I had been spewing lies. 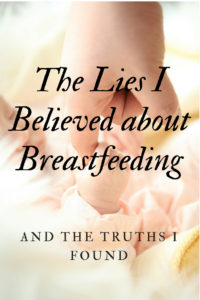 1. If the latch is correct, it will not hurt.

This is the biggest pile of you know what that you will hear as a breastfeeding mom. What you should be told is, the moment of toe-curling, scream-inducing, stabbing pain that is a correct latch will only last momentarily, but it will occur each.and.every.time the baby latches. This pain will continue anywhere from 4-8 weeks, at which point your nipples will finally toughen up enough that the latch does not hurt.

A correct latch will cause this momentary pain, but once the baby is on, and particularly after let-down, the pain will stop. If you are several weeks into your breastfeeding journey and you are having debilitating pain during the entire nursing session, you should speak with a lactation consultant. I personally breastfed a tongue-tied baby. The tie was not severe enough to warrant clipping. How did I know this? Because my baby would latch, I would suppress a scream, and then the pain would stop. The tongue tie manifested itself by her losing her latch several times during each feeding. I would calmly help her latch again, and we would keep going. The sharp pain occurred each and every time she latched on, but I didn’t view this as a problem, but simply part of the process.

I noticed, if I remained calm, despite my baby getting frustrated with her interrupted feeding, she would re-latch multiple times and finish eating. However, if I became frustrated, her frustration would magnify and the feeding session would be cut short and we all ended up irritable. Baby cuing off of mom’s emotional response to breastfeeding was something that was only briefly covered in my time training with a lactation consultant. My own experience as a mother would suggest it needs more emphasis.

2. Giving a pacifier will cause nipple confusion.

Yea, I’m sorry to all my lactation consultant friends. I just don’t buy this one after becoming a mother. My baby knew full well the difference between a nipple on a human breast with warm milk flowing from it, and a rubber nipple that satisfied her desire to suck, but certainly not her hunger. Babies are born with a suck reflex. For some the desire is stronger than others, and I got one of those kiddos. I realized within 24 hours if I didn’t introduce a pacifier, she was going to turn to either me, or her thumb. Envisioning raw meat nipples, or my future preteen still sucking her thumb in secret (do you know how hard that habit is to break?!?!?), I decided she was getting a pacifier. She didn’t take to it immediately. I put that pacifier on my finger and just kept putting it in her mouth. It took less than a day for her to learn how to take it. On the backend, it only took a couple of days after we took scissors to her pacifier to break the habit. So much easier than breaking a thumb sucking habit.

If you are anything like me, and read way too many articles, blogs, and books while pregnant, you likely read that research has indicated that pacifier usage decreases the risk of SIDS. Since we still do not have a definitive cause of SIDS, we cannot know the ideal way to prevent it. However we do have some data on how to decrease the risk. I’m also going to venture that you also know that breastfeeding reduces the risk as well.

3. Feed your baby on demand and your supply will balance out to meet the  baby’s needs.

If you have read this post, you know that a baby’s appetite will wax/wane with growth spurts. In typical fashion, Little Bit cluster fed all night her second day in the world. This frustrated a particularly annoying CNA. She couldn’t chart each feeding as a specific number of minutes. I couldn’t have cared less. The beauty of what was biologically happening that night amazed me. I had a nursing cover that Little Bit loved to sleep under. It was dark and warm, and she loved to snuggle under it. That night, she spent hours latching on and off. Nursing a few minutes at a time, but mostly suckling on a dry breast. Then dozing on my chest. We did this for more than 12 hours. Shhh…don’t tell that annoying CNA that I actually dozed while holding my baby. I had not taken the prescription pain medication, so I wasn’t concerned. Within 24 hours of this night of cluster feeding, my milk came in. It came in with a vengeance. Anyone who has experienced engorgement knows what I mean!

I knew that Little Bit was born with a tummy too small to handle more than a few drops of clostrum. But in a few days her tummy would grow and she would need more milk. By allowing her to spend the night on my chest, latching on and off a dry breast, she was telling my body that it was time to start making more milk. Mamas, we are not an a can of formula. We can’t just have more milk on immediate demand. Our bodies need to go through our own biological process to ramp up milk production. Dry breast suckling is what initiates this hormonally.

My milk came in and I was engorged. I had learned in school that it is best to let the baby eat what baby desires, even if the breast isn’t empty, and let it be. The leftover milk in the breast will signal mothers’s body to cut back on milk production. All of this sounded well and good in a textbook. Nobody tells you that this will cause you to leak milk constantly and so heavily that you contemplate using those massive maxi pads to line your bra. Or that using this method, HURTS! I mean come on, your nipples are raw, each latch makes your toes curl, let’s just add engorgement on top of it. Nope, just nope. I used a pump to alleviate my pain.

Just like it takes a couple of days for milk supply to ramp up, it will take a few days for it to slow down when the growth spurt subsides. This is a cycle that continued throughout my entire breastfeeding experience. Yes, it became less dramatic when Little Bit started eating food. She tended towards using table food to satisfy her increased appetite associated with growth spurts. However, she could have just easily been a kid that chose not to eat as much solid food, and the cycle would have continued longer.

4. A good quality breast pump is as good as a baby.

In full disclosure, these words were never explicitly stated. It was strongly implied though. I learned the best pumps are the hospital grade, but in recent years a number of high quality home pumps have also been developed. Since I would be returning to work full time after Little Bit’s birth, I did my research and invested in a nice pump that I thought would serve my needs well. I’m happy to say that it did. That pump carried us through our fourteen months of breastfeeding. However, do not for a second believe that the pump was as good as my baby.

The first few mornings I returned to work, I didn’t wake Little Bit to eat before I left. I had not tried to replace any feedings with a pumping session up to that point. I did have quite a freezer stash of milk from my engorgement pumping. Wow, that was a mistake. I came home with several bottles of expressed milk. And so sore I could barely wait to get through the door and to my baby! I’m embarrassed to admit that I did this a second time before I realized that I would need to wake my baby for an early morning feeding. It seemed crazy to wake a sleeping baby, but since milk production is greatest in the early morning hours, I needed her to nurse. I found that if she nursed first thing in the morning, when I really needed relief, I was able to get through the work day with a pump. I still needed to let her nurse as soon as I got home, but we did find our rhythm with pumping. The whole experience left me wondering if engorgement is really behind that whole mama bear thing, because when I was hurting, there was nothing that could keep me from my baby!

Little Bit and I ultimately had a fourteen month exclusive breastfeeding journey. I had decided we would do baby led weaning, and was honestly shocked when she decided she was done. I thought our journey would be longer. Breastfeeding was a definitely a learning experience, but I absolutely loved it. I would repeat every step of that crazy ride in a heartbeat. 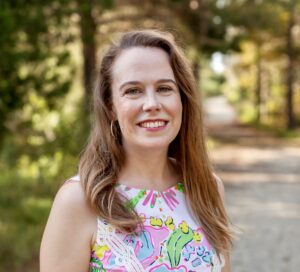